They are easy to use, taking the complexity away from the user and putting it where it belongs, inside the equipment.

Providing a crisp call or clear music is as easy as turning on the radio.

The amplifier is also surprisingly affordable, without sacrificing features such as ducking, priority and flexibility.

Some other unique features include an innovative labelling system with a printable template (on disk included) and insert-able grey and red pins, to indicate optimal volume sets around the knobs.

With release 3.0 of the Plena Voice Alarm, Bosch ensures full compliance with the EN54-16 and ISO 7240-16 for an extended number of 120 zones. And besides offering a full compliant system to the end user, consultant and installation company, the Plena Voice Alarm system can now be configured from the latest Windows PCs and on-line software is offered to enable straightforward system design.

Based on a Plena voice alarm controller unit it can handle up to 6 zones with a built-in message manager, emergency microphone and a built-in 240 W power amplifier.

When connecting easy to install, 6-zone routers to the Plena voice alarm the number of zones extends to a 120-zone capacity. The power per zone is freely distributable per zone and is can be over 1000 Watts per router (or 6 zones).

In addition, 8 call stations with 32 call station keypads with programmable keys can be interconnected for message routing. Additional Plena amplifiers can be added to create two-channel systems.

The Plena tabletop microphone is a stylish, high quality tabletop unidirectional condenser microphone, intended for making calls in a public address system. Its heavy metal base and rubber feet ensure stability on any flat surface. The special design also allows the unit to be neatly flush-mounted in desktops.

Functions
The PTT-key (press-to-talk), not only switches on the microphone, but also provides priority contacts, that are compatible with the Plena range of amplifiers. The switching characteristic of the PTT-key can be configured internally for PTT-mode (on as long as pressed) or toggle-mode (press to switch on, press again to switch off).

The Plena two-zone call station is a modern, high-quality call station with a stable metal base design, a flexible microphone stem and a unidirectional condenser microphone. It can make calls to selected zones in a public address system built with the PLE series two-zone mixer and mixer amplifiers. In addition to tabletop use, the Plena design allows neat flush-mounting in desktops.

Range
The call station has a balanced line level output, giving it a maximum range of 200 meters from the mixer, when using CAT-5 extension cables.

Loop-through
With the loop-through RJ-45 connector, it is possible to daisy chain multiple call stations.

The Plena call station is a stylish, high-quality call station with a stable metal base design, a flexible microphone stem and a unidirectional condenser microphone. It can make calls to selected zones (one to six and all-call) in a public address system built with the Plena Voice Alarm System. Inaddition to tabletop use, the special design allows it to be neatly flush-mounted in desktops. The Plena Voice Alarm Keypad (LBB 1957/00) is an extension adding seven additional keys.

The keypad is an extension to the LBB 1956/00 Plena Voice Alarm Call Station that adds seven additional zone-select keys. It has the same stable metal base as the call station. In addition to tabletop use, the special design allows it to be neatly flush-mounted in desktops.

The "Global Walkie Talkie Market Analysis Report 2018" is an inescapable research study, which gives current and latest technical and budgetary points of interest of the walkie-talkie industry, that would...

Portable Safety shower is generally used to wash off hazardous chemicals that may be splashed on the skin. Large volumes of water supply are required to wash away contaminants. It... 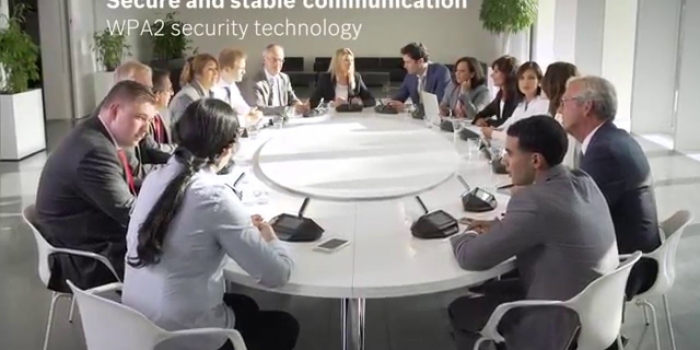